CQMED was accredited as EMBRAPII Unit for Drug Innovation in 2017 and carries out projects with the pharmaceutical industry in the area of drug development and technologies related to medicinal chemistry. Joint projects are part of the precompetitive stage of drug development and aim to develop synthetic chemical molecules that target a disease-related biological target protein.

In the CQMED, the characterization of the protein structure with alloying molecules and the refinement of molecules is performed to obtain high affinity and selectivity. Thus, we have combined the following areas to accelerate the discovery of new drugs: molecular biology, protein production of interest, structural biology, medicinal chemistry, biochemical assays, and cell assays.

In general, our projects operate following this workflow:

The CQMED highlights the partnerships with the Brazilian pharmaceutical companies Aché and Eurofarma, and the biotechnology company Promega. The former are performing the chemical synthesis of targeted molecules to bind and inhibit a specific class of human proteins or infectious agents. The latter is exploring the use of reagents in other biological models.

The project with Aché was hired in 2017 and focuses on the development of inhibitors for two kinases proteins related to the area of oncology. Aché provides in-house proteins which were submitted to quality control that are then delivered to the SGC for binding characterization and targeted protein activity.

Since these molecules bind with high affinity the kinases proteins, they are being used to generate co-crystal structures with the target protein. X-ray diffraction data – structural biology – allow us to understand the spatial mode of binding of the molecule and lead to the synthesis of new chemical series with improved characteristics. The project has the ultimate goal of generating sophisticated, highly selective and specific molecules.

During the year of 2018, potent molecules were obtained, and for the next steps the partnership has as a focus the biochemical tests and the increase in the molecules selectivity. The project has proposed time of 6 years. 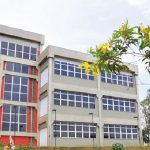