POLO/UFSC is the only National Institute of Science and Technology (INCT) which is also an EMBRAPII Unit and vice versa. It means that POLO/UFSC harmoniously combines scientific and technological activities, forming human resources of the highest quality while meeting the demands of the business sector.

Laboratory Infrastructure
POLO/UFSC has a large laboratory structure, being the only research center in Brazil to have air-conditioned chambers, built according to ISO, ASHRAE, NBR and PrEN specifications. It also has calorimeters to characterize the behavior of compressors and heat exchangers. In addition, UFSC Pole has a wind tunnel, built according to ANSI/AMCA specifications, to characterize the hydrodynamic behavior of fans and condensing units.

Project developed with EMBRAPII
Several innovative products currently traded had the support of POLO/UFSC in the various stages of its development. The Wisemotion compressor is the latest and most powerful one. It is a compressor that does not use lubricating oil and that counts on linear drive and capacity control.

About POLO/UFSC
Founded in 1982 by professors from the Thermal Sciences area of the Mechanical Engineering Department of the Federal University of Santa Catarina, POLO/UFSC has medium- and long-term partnerships with companies from Brazil and abroad. It is worth noting the partnership established in 1982 with Embraco S.A. which continuously continues up to the present day. Other partnerships, no less important, are maintained with Whirlpool, Embraer, Petrobrás, VMG-Aires, Fanem, Coca-Cola, Panasonic, Haceb, Indurama, BSH, Liebherr, among other companies. 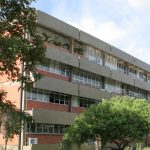